Inout Webmail is the ultimate solution for all your Email and Web Chat service requirements for your employees/users. It is unique, feature rich, fast, flexible, scalable and secure.It is now based on Hypertable which is one of the most emerging technology in the world. The Ajax based live email service(as like Gmail) makes email management very easy for your users. The web based live chat service with instant messaging and group chat options keeps your users always connected. 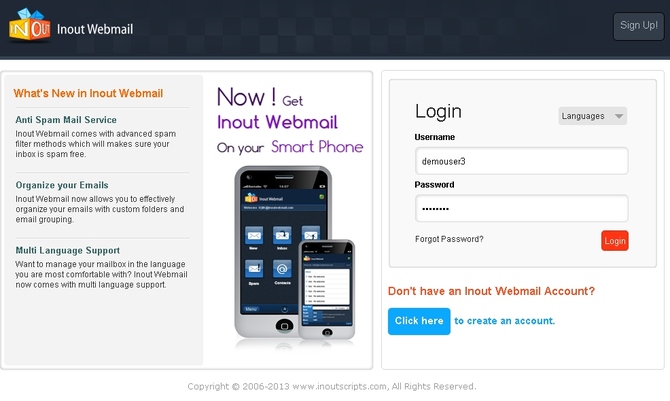 Email Systems. Electronic mail, most commonly referred to as email or e-mail, is a method of exchanging digital messages from an author to one or more recipients.
Check All Email Web Applications

Gmail is a free, advertising-supported email service provided by Google. Users may access Gmail as secure webmail, as well as via POP3 or IMAP4 protocols. Gmail was launched as an invitation-only beta release on April 1, 2004 and it became available to the general public on February 7, 2007, though still in beta status at that time. The service was upgraded from beta status on July 7, 2009, along with the rest of the Google Apps suite.
http://www.gmail.com
Check All Gmail Clone Scripts
comments powered by Disqus
Popular Websites
Popular Categories